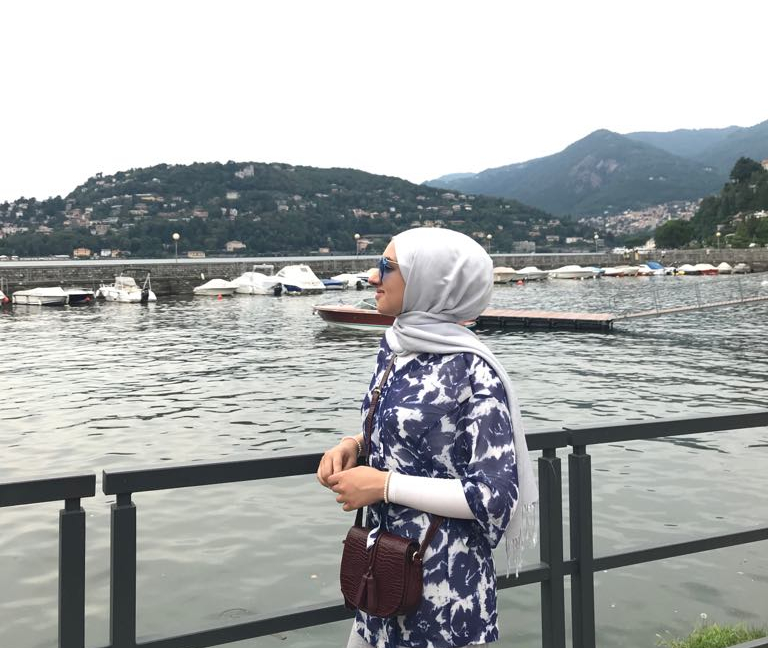 It’s the year 2020. One hundred years after the introduction of women’s suffrage in most of the ‘Western’* world and twenty years into the 21st century, one might think that the fight for women’s rights and the battle of feminism in ‘Western’ societies must be about to reach its triumphant end and that feminists all around Europe and North America would now prepare for their victorious and proud withdrawal from the battlefield of the sexes…

That this is indeed not the case is an undisputable fact.

Of course, there have been periods in history where women’s (and other disadvantaged social groups’) suffering reached levels that one could hardly imagine today. Nevertheless – and please excuse if this might sound a bit harsh – anyone truly believing that the battle for equal opportunities for all groups of society despite their gender, race, ethnicity, nationality, skin color or religion has been won must live in some kind of a parallel fantasy-world or be completely disconnected from any reality whatsoever, and is simply horribly mistaken. This is also the case when it comes to equal opportunities for men and women all around the world.

‘Western’ politics and their fight for women’s rights

Interestingly enough, ‘Western’ politicians seem to be aware of the fact that the fight for women’s rights is far from over and a great deal of ‘Western’ political discourses (including Austrian politics) that we witness nowadays do indeed increasingly address the question of female self-determination and the liberation of women from restrictive, oppressive and patriarchal structures.

Before you start singing praises, questioning my criticism and the main point of this article… let’s take a closer look at this alleged ‘fight for women’s rights’ that’s now so frequently talked about. Because, as worthy of praise as this might initially sound, according to most of today’s  political agendas in the ‘West’, it seems like only one particular kind of woman suffers from oppression and patriarchal structures, like only one is deprived of her liberty and self-determination and like only she, hence, needs to be liberated by those very ‘heroes’ that populate our parliaments and other governmental facilities, with suffocating fancy ties decorating their necks and expensive designer high heels known for their gender-neutrality and benefits to women’s health decorating their legs. Yes, esteemed readers, I am referring to the oh-so-poor and helpless Hijabi woman!

Let’s ‘save’ the Hijabis!

Hijab is an Arabic word which, in its Quranic use, describes the religious practice that governs certain behavior and dress code expected from all Muslims – not ‘just’ Muslim women. However, in spoken Arabic and among Muslims worldwide it has become common to use the word Hijab to refer to a Muslim woman’s head-cover worn in public out of religious practice.

Having said that, a Hijab-wearing Muslim or a Hijabi – like myself – is easily distinguishable as such due to her way of dressing, making her not just a Muslim but a visible Muslim. It sticks out that modern-day ‘Western’ political discourse focuses on said visibility with what I would almost call a pathological obsession. Likewise, it also stands out that most ‘Western’ politicians that have taken upon themselves the heroic mission of liberating ‘us’ – oppressed and helpless Muslim wallflowers – are mostly white, Christian, European, upper-class men who have probably never even had a conversation with one of us alleged ‘victims of Muslim patriarchy’.

…maybe that is because inviting alleged ‘victims’ to the discussion might result in an unwanted truth coming out …and what if it does not match the political practice of victimizing Muslim women? How scary! France seems to be particularly worried about giving Muslim women a voice since so far, no Hijabi has ever been invited to any televised debate about – you guessed right – THE HIJAB! *face palm*

The fact that these political agents allegedly campaign for a group of people while clearly not exhibiting the respective expertise to do so, proves the paradox of the situation. Now, I am not claiming that people who have not experienced certain forms of discrimination and/or oppression themselves cannot speak up for those who have – in fact, they absolutely can and should! However, what I have been missing in most ‘Western’ political debates about the Hijab and its alleged inherently oppressive character, as well as the need to ban it in ‘Western’ societies in order to liberate Muslim women, is the active inclusion and participation in said political debates of the people mostly affected by it. Instead of listening to the thousands of female Muslim voices like my own that speak up every day about their rights to self-determination and freedom in the way they see fit for themselves, these politicians take it upon themselves to form opinions, shape political and social discourse and make decisions concerning Muslims without actively inviting them to come to the table.

Allow me to say: this behavior is absolutely hypocritical.

In many of the ‘Western’ political discourses, Islam has been and continues to be viewed through a lens of othering and vilification portraying it as the ultimate threat to European, ‘Western’ and ‘Christian’ values and societies. As a consequence, Muslims – and especially visible Muslims like myself and other Hijabis– are increasingly portrayed as the embodiment of said threat. Thereby, a mindset is created according to which anything ‘Western’ and Muslim is to be viewed as exclusive of one another.

Mind you that this can be highly confusing for someone like me, growing up to be both Muslim and European – identity crisis, welcome to my life!

In these debates it is, thus, often ignored that many of these Muslims have indeed been present in the ‘West’ for entire generations and centuries, making them an integral part of its societies. Nevertheless, they continue to be viewed as an Other that needs to be stopped, controlled, disciplined – all of this happening under the disguise of our alleged ‘liberation’of Islam or anything ‘visibly’Muslim in order to become ‘Westernized’, meaning… ‘free’!

Taking this process of othering into consideration, we see a clear pattern in which Islam and/or Muslims are seen as inherent counterparts to the ‘Christian West’. This binary can be clearly traced back to what Edward Said describes as ‘Orientalism’ (In his 1979 book of the same title1), a concept in which ‘Western’ Orientalists created the idea of the Muslim ‘Orient’ being a savage and barbaric place in order to portray the Christian ‘West’ as civilized and superior (1979: 7).

What does all of this have to do with ‘the’ Muslim woman and feminism?

In order to maintain its superiority over the Muslim ‘Orient’, the ‘West’ increasingly feminized Muslims and Islam. In other words: the ‘West’ started depicting the ‘Orient’ (in art, literature etc.) as weaker and therefore more feminine than the strong and masculine ‘West’.

This is no different to what we witness in today’s political discourses. Muslim women are represented as weak objects that possess neither mind nor opinion, and that need to be saved and rescued by the strong ‘Western’ (mostly male) politicians.

Let me seize the opportunity to say loud and clear: I do not need anyone to liberate me! I was already born free and I am free. And that should be the end of that story! But we know it is not…

That this mindset in itself is highly oppressive towards both Muslim and non-Muslim women seems to be overlooked. As women wearing a Hijab, this kind of ‘Western’ political discourse does not only deprive us of our right to live, dress and operate in whatever way we deem suitable for ourselves – a restriction that, in itself, is strongly restrictive and goes against any feminist viewpoint whatsoever – and we are thereby denied our acceptance and representation as self-determined, strong, independent individuals capable of making our own decisions and initiatives. Instead, we are portrayed as victims that need to be rescued by ‘Western’ – mostly male – politicians.

On the other hand, within the framework of these developments and dynamics, non-Muslim women who might suffer from the patriarchy and/or other forms of oppression, are not given the opportunity to voice their suffering and find true representation in the political landscape.

To sum up, it cannot be denied that victims of oppression and patriarchy do indeed also exist within the Muslim community. However, limiting the problem to Muslim women alone, we miss out on considering the suffering of so many other non-Muslim women who might be experiencing the same or even worse forms of oppressions, restrictions and patriarchy that are often brought up in connection with the Muslim community in addition to the harm done to Muslim women. By pinning the problem of oppression and patriarchy to a piece of cloth that a certain number of Muslim women choose to wear, many ‘Western’ politicians project said issues onto a Muslim Other and thereby leave out anyone else in the general political discourse. In this way, an image is created according to which non-Muslim women are inherently free from any form of oppression, while it is solely Muslim Hijabi women that need liberation. The Hijab and the woman wearing it are instrumentalized for a superficial discussion on the liberation of women, when in fact it leaves out the rights and needs of both Muslim and non-Muslim women alike. By creating this false image of the oppressed Muslim woman, these ‘Western’ politicians are missing out on providing actual and productive solutions to problems of female oppression and patriarchy that exist globally and go far beyond any specific culture or religion.

* Note: The duality between an apparent ‘East’ and ‘West’ is highly problematic considering its historical background as well as its influence on current sociopolitical events. For the sake of the following blog entry let me, however, use the words ‘West’ and ‘Western’ in single quotation marks to signalize that they are used according to their historically formed, and not in their literal meaning.

During lockdown I've been watching Netflix like never before 🤓. I've noticed a new trope that - to my knowledge - has never been discussed: a female character learns of an unwanted pregnancy, decides against a termination and then miscarries. Very murky waters of sexism and the perfect basis for a new blogpost, link in bio ⬆️
A lot of hiking happened this summer, a lot of swimming in little alpine lakes and very little political writing 🌻 buuut it's back with an article about why I don't focus on the glass ceiling and why trickle-down feminism is not a thing 🤷‍♀️so excited to start writing again, and there's a whole list of new ideas waiting on my desk 📄 link in bio ⬆️
Joko & Klaas und das Teilen von Privilegien. Link in der Bio ⬆️ überraschend, dass ich überhaupt noch auf Deutsch schreiben kann 🙈
Clearly it's time for quarantine to be over - I have too much time on my hands 🌼 one of the few things this time has taught me though is how essential it is to be in nature and how privileged those of us are who have access to it ❤